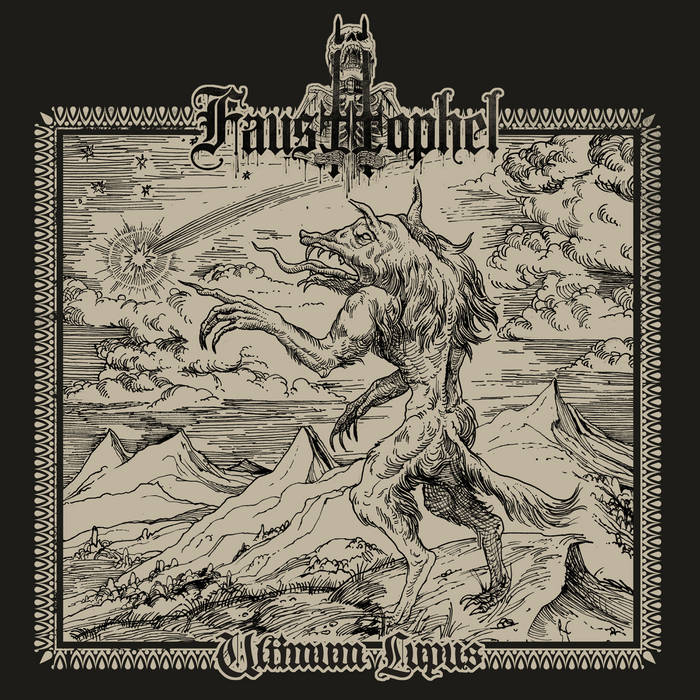 After three full-length albums, Russian-Ukrainian Melodic Black/Death Metal band released their new material, EP "Ultimum Lupus". And this new stuff very special for the band.
Last year brought a lot of bad news and took a lot of people with it into eternity. One of them was a friend and comrade of the band, the creator, leader and only permanent participant of the Ukrainian project Lunar Onlooker, Sergey Dmitrievich Semyan (Svaromir Golunsky), whose name is inextricably linked with the Poltava part of the history of Fausttophel, as well as the entire Metal community of that time.
Although there were no definite creative plans for Fausttophel for the beginning of this year, this sad event caused a sudden emotional impulse, which resulted in this release. "Ultimum Lupus" (The Last Wolf) is a tribute to Svaromir Golunsky.
Two of the tracks of the EP, "The Song of the Wolf" and "The Last Wolf", are written in the universe of "The People of the Great Fire" - a world created by the unbridled imagination of the poet. The third one is an interpretation of the song of Lunar Onlooker, "Гори, Полум'я, Відтінками Часу, Колір - Переможець Візьми!" (Mountains, Flame, Shades of Time, Color - Take the Winner!).
Fausttophel express their gratitude for the responsiveness and invaluable help of all those, who involved in the creation of this release, as well as everyone who supports their work. Stay Metal!
Another Side Records, 2021 (ASR32-174/DT).